In the early days of astronomy, astronomers had to draw their observations on paper. The method was, of course, imperfect and prone not only to errors in reproduction, but also to the unintentional omission of important details. The invention of photography, which could accurately transfer images to paper, was quickly adopted as a convenient solution. In fact, astronomers began using photography almost as soon as it was invented. 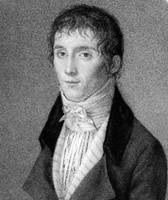 It was in 1793 that the French inventor Joseph Nicéphore Niépce first began thinking of a method to record light. He started experimenting in 1814 and succeeded in setting images on paper in 1816. In 1822, he made the first permanent photo by using a sheet of polished tin coated with a petroleum derivative called bitumen of Judea (a type of tar). The oldest photo that still exists is from 1825. It portrays the black and white image of an engraving of a boy pulling a horse.

Unaware of the progress made by Niépce, the British scientist William Henry Fox Talbot began his own set of experiments in 1834 and recorded images on paper in 1835. His process became known in 1839 and he obtained a patent in 1841. Unfortunately, his method was dangerous because it used toxic products, and the images tended to darken over time.

The French inventor Hippolyte Bayard began his experiments before 1836, but it was only in 1839 that he is known, with certainty, to have successfully recorded an image. His process was publicized in 1840, and of all the other methods developed before 1841, it was Bayard’s that produced the best and most detailed images.

In 1838, after continuing the work of his associate, Niépce, the French painter and inventor Louis Jacques Mandé Daguerre took an image of the Moon at the request of the French astronomer Dominique François Jean Arago. Daguerre’s technique, which used copper plates coated with silver, was made known to the public in 1839 and the images were called “daguerreotypes”. It would become the most widely used method after 1840. 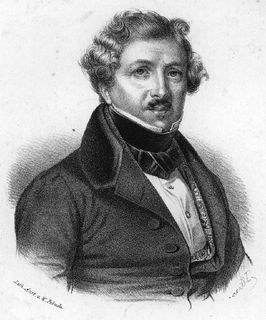 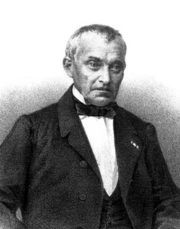 The German astronomer Johann Heinrich von Mädler came up with term “photography” in 1839 by combining “photo” (from the Greek word for light) and “graphy” (to write). The word was quickly popularized by the British astronomer John Frederick William Herschel, who is often mistakenly given credit for inventing the word.

In 1840, the American doctor and chemist John William Draper produced a daguerreotype of the Moon: the first astronomical photograph ever created in North America. 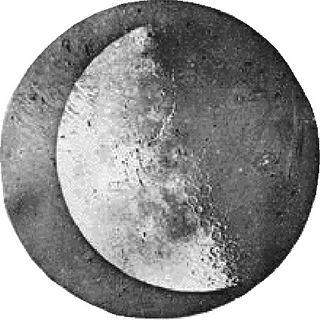 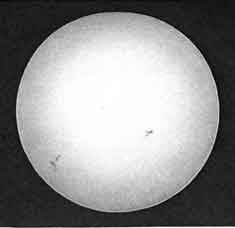 The French optician Noël Marie Paymal Lerebours photographed the Sun for the first time in 1842, but no details were visible. It would take another couple of years, in 1844 to be exact, for the French physicists Jean Bernard Léon Foucault and Armand Hippolyte Louis Fizeau to take the first detailed photograph of the Sun in which solar spots are visible.

In 1850, two Americans – astronomer William Cranch Bond and photographer John Adams Whipple – produced the first photograph of a star when they made a daguerreotype of Vega (also known as Alpha Lyrae).

Also in 1850, the English inventor Frederick Scott Archer came up with the wet collodion process. Collodion is a viscous (thick) liquid that Archer used to coat glass plates. By producing a photographic negative on glass rather than on paper, the resulting images were much sharper and could be made much larger, hence the great interest for astronomers.

Archer published his technique in 1851 and astronomers rapidly adopted the use of photographic plates. In 1857, using this method, George Phillips Bond of the United States was the first to photograph a double star (Mizar and Alcor).

In 1879, the American inventor George Eastman (who would go on to found the Eastman-Kodak company in 1892) built a machine for coating photographic plates with emulsion that allowed photographs to be produced in great quantity.

During the first few decades of the 1900’s, the Eastman Company worked in collaboration with several astronomical observatories to develop emulsions that were increasingly sensitive to light. The photographic plate thus became the imaging medium par excellence in the 20th century.

Whereas the human eye can only record images for a given moment in time, photographic plates offered the advantage of objectively collecting and recording the light from millions of stars and galaxies over several hours to produce images with a stunning wealth of information and detail.

Astrophotography experienced its golden age between the 1960’s and 1980. Thanks to colour filters, images produced from photographic plates could also be presented in colours, which greatly increased the public’s interest in astronomy. 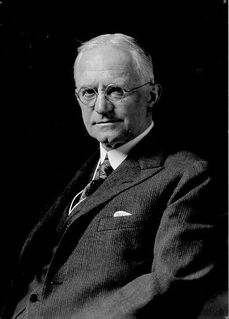