Known around the world as one of Canada’s best astronomers, he was the first to measure the temperature of the Universe

Andrew McKellar was born in 1910 in Vancouver, British Columbia. In 1930, he received his bachelor’s degree from the University of British Columbia in Vancouver, and then enrolled at the University of California in Berkeley where he obtained his master’s degree in 1932 and his doctoral degree in 1933. He specialized in molecular spectroscopy; that is, in the detection and analysis of molecular structure.

In 1933, he became a postdoctoral researcher at the Massachusetts Institute of Technology in Cambridge. It was there that he made his first forays into astronomy by studying the Sun. In 1935, he accepted a position at the Dominion Astrophysical Observatory in Victoria, British Columbia. He began measuring the orbits of binary stars and pursued his own research into molecular spectroscopy.

World War II erupted in 1939 and McKellar became a research officer for the Royal Canadian Navy. He attained the rank of lieutenant commander, all the while pursuing his astronomy work and publishing several significant scientific articles. In 1940, he began using spectroscopy to determine the composition of comets and demonstrated that solar rays modify their spectra. 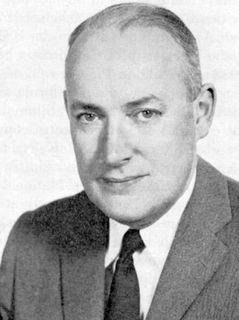 Also in 1940, he was the first to detect the presence of matter in interstellar space when he identified the spectrum of the organic compounds cyanogen (“CN”) and methyne (“CH”). In 1941, he determined the temperature of the cyanogen molecules and deduced that the interstellar medium in which they are found is very cold, approximately -271 °C.

Nearly 25 years later, in 1964, Arno Penzias and Robert Wilson confirmed McKellar’s discovery when they detected microwave light coming from all regions of the sky corresponding to a temperature of -271 °C. This emanation is known as cosmic background radiation: the light emitted several hundred thousand years after the birth of the Universe when the first atoms were created. In 1978, with McKellar having passed away almost twenty years earlier, the Nobel Prize in Physics was awarded to Penzias and Wilson for their part in the discovery that launched the Big Bang hypothesis to the forefront of cosmological theories.

When World War II ended in 1945, McKellar reclaimed his position as researcher at the Dominion Astrophysical Observatory in Victoria and remained there until his death in 1960.

In 1948, he was the first to provide proof of the existence of the carbon-nitrogen cycle (“CN cycle”) within cold carbon stars. The CN cycle, which had been predicted 10 years earlier, is a chain of thermonuclear reactions in which carbon and nitrogen combine to release enormous amounts of energy. According to the theory, it is this energy that sustains cold carbon stars.

During the 1950’s, McKellar became increasingly interested in giant cold stars (those with surface temperatures as low as 2,000° C) and broadened our knowledge about their size and chemical composition. Among other contributions, he demonstrated that large turbulent movements could agitate their atmospheres.

Succumbing to an incurable disease, he died in 1960 in Victoria, British Columbia, at the young age of 50. He had completed a full day of work at the observatory just four days before he passed away.

McKellar received many awards for his work in astronomy, including being elected as a member of the Royal Society of Canada. In 1962, the Dominion Astrophysical Observatory in Victoria named their 1.2-metre telescope in his honour. The telescope is used to measure the speed of stars and to determine their chemical compositions.