For a long time, scientists thought that the Universe was immutable—that it was unchanging over time and stars were the very essence of eternity. It was only during the 20th century that scientists realized that this belief is false, and that the cosmos changes even on human time scales.

In other words, the Universe did not always display the same structure it does today. It evolved over time, and thus it has a history. This fascinating history began just over 13 billion years ago with a great explosion known as the Big Bang.

The Big Bang theory was first presented in 1927 by the Belgian astronomer and priest George Henri Lemaître. Using Einstein’s theory of relativity combined with astronomical observations, Lemaître demonstrated that the Universe is expanding. It confirmed the earlier work from Russian mathematician Alexandre Alexandrovich Friedman. Friedman had proposed a purely theoretical version of the same idea in 1922. 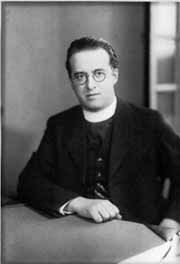 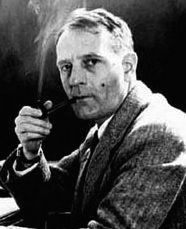 Although the Big Bang theory was not well received by Einstein and his colleagues, it is now widely accepted in scientific circles. The turning point came in 1929 when American astronomer Edwin Powell Hubble published a short article in which he demonstrated that galaxies are moving away from each other: it was an idea that supported the expanding Universe theory of Lemaître.

Another source of support for Lemaître’s theory came almost 20 years later in 1948 when an American physicist of Ukrainian origin, George Gamow, began to publish alone, and then with colleagues, a series of articles describing the events that took place during the first few moments after the Big Bang explosion.

The same series of publications also predicted that we should be able to detect a remnant of the Big Bang—a fossil of the early Universe, if you will. Gamow and his colleagues proposed that a glow permeated the early Universe when those first atoms were created, and that even today—13 billion years later—we should be able to detect this residual glow as radio waves from across the Universe.

The world of astronomy was in for a remarkable revelation in 1965 when American physicists Arno Allan Penzias and Robert Woodrow Wilson somewhat serendipitously detected a weak radio signal coming from all directions of the cosmos at once: the famous cosmic background radiation predicted by Gamow. Penzias and Wilson went on to receive the 1978 Nobel Prize for Physics for their discovery that helped prove the Big Bang theory.

The dramatic early moments of the Universe can be summed up as follows: In the beginning, the Universe we observe today was concentrated into a single minuscule point. We do not yet know what made up this “cosmic egg”, but we are certain of one thing: matter, time and space as we know them today did not exist in that miniscule point. It was only once it exploded simultaneously in all directions during a tiny fraction of a second that space was created and time began to flow. 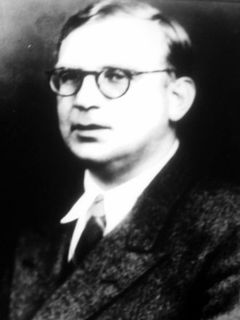 A spectacular event then occurred: the size of the Universe abruptly multiplied by 1050 times (that’s 100 billion trillion trillion, or a 1 followed by 50 zeroes). This phenomenon, known as “inflation”, liberated an incredible amount of energy that was immediately transformed into various subatomic particles. The Universe was still extremely hot so the particles were much too agitated to combine with each other and form atoms.

All this would change 300,000 years after the Big Bang when the temperature of the Universe had fallen to a mere 3,000 degrees. At this temperature, the movements of subatomic particles were sufficiently slow that the first atoms could finally form. Electrons—which up to this point had been spending their existence capturing and releasing photons—were now tied up with atomic nuclei (protons and neutrons) to create these first atoms.

Finally freed from their struggle with the electrons, photons began to move throughout space to create the earliest light energy: cosmic background radiation.

Hubert Reeves explains that the Universe has a history.

I would say that the biggest message from modern science should be contrasted with the older school of thought represented by Aristotle, which was that of an eternal, unchangeing Universe, that the Universe always existed and always will. Modern science now tells us that this is false. It is wrong on every level. The Universe did not always exist. It has an age: 13.7 billion years. Don't ask me what came before it; I have no idea and there's no way I can answer that. But the point is, it has an age and in this age it has a history. It changes. It is not always the same. It changes and it changes remarkably. The history of the Universe is a history of cooling: it began with temperatures in the billions and billions of degrees and it is continuously getting colder. It's a history of rarification: galaxies are moving apart, so there is less and less matter in a given volume. It is a history of darkening: in the beginning it was extremely bright, at that point in time we call the Big Bang (that notion of an explosion). Today, the Universe is becoming blacker – the night is getting darker – on a scale of billions of years. I'm not referring to light pollution: that's what humans do. I am talking about the whole Universe.