A specialist in the origin of light elements and a highly talented popularizer of astronomy, he is often called “the poet of the stars”

He was a professor in the physics department at the University of Montreal from 1960 to 1964, all the while serving as a consultant for the Institute for Space Studies in New York. In 1965, he became the Director of the Centre National de la Recherche Scientifique (“National Science Research Centre”) in Paris and a scientific consultant for the Commissariat à l’énergie atomique (“Nuclear Energy Commission”) in Saclay, France.

A specialist in astrophysics, Reeves studies the thermonuclear reactions that occur in stars; that is, the reactions that create the chemical elements that make up matter. Since 1962, his work has focused on nuclear reactions involving carbon and oxygen. He also focuses part of his research on neutrinos, a type of subatomic particle that we still know very little about.

In 1967, he became increasingly interested in the origin of the light elements lithium, beryllium and boron. The very high temperatures that occur inside stars would destroy these three elements, so they must form elsewhere, namely out in space.

In 1968, he published Stellar Evolution and Nucleosynthesis, and in 1972 he wrote Nuclear Reactions in Stellar Surfaces and their Relations with Stellar Evolution. These were the only two publications, among his many books, that were written for specialists in the field.

In 1971, Reeves helped demonstrate, along with other colleagues, that a process known as “spallation” creates lithium, beryllium and boron. During this process, the atomic nuclei of relatively heavy elements, like oxygen, “break” under the impact of cosmic rays (particles that travel at high speed through space). Some of the “pieces” created by these collisions are lithium, beryllium or boron atoms.

In 1972, Reeves collaborated with Johannes Geiss to explain the origin of two other light elements: deuterium and helium-3. The test for their hypothesis was made possible by experiments conducted during the Apollo moon missions, and the results also allowed them to estimate the density of normal matter in the Universe.

In 1977, Reeves published Soleil (“Sun”), his first popular science book. Four years later, in 1981, he wrote another, Patience dans l’azur (“Patience in the Sky”), about the different steps in the formation of the Universe that gained immediate international acclaim. Another 15 or so popular astronomy books were published in the years to follow, some with co-authors.

The beginning of the 1980’s marked a time of increasing popularity for Reeves as he gave many public lectures and appeared on television shows and in films, speaking not just on the topic of astronomy, but also the environment.

Reeves received many awards and distinctions for his work in astronomy and public communications. In 2001, he and Johannes Geiss received the Einstein prize for their work on the density of the Universe. Asteroid 9631 was named in his honour. 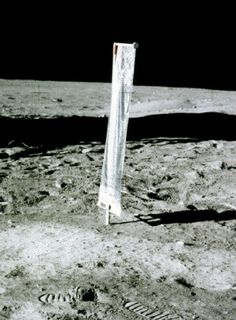 Hubert Reeves explains what science is.

Hubert Reeves explains what science is. Science is trying to understand how things work using notions that, historically, are not derived from outside our world – notions that do not rely on belief or non-physical entities. It's about staying within the physical world and correlating different events to understand why, for example, apples fall and the Moon turns around the Earth. It's about trying to create a theory that allows you to understand what is going on, to predict what will happen (up to a certain point), and above all, to model. In other words, it's about developing a mathematical understanding (science depends heavily mathematics) of what is happening – putting it into an equation to understand it and model it. In general, that sums it up: trying to understand how nature works without invoking supernatural forces.